Fish First and Friends of The East Fork have shared local stream knowledge, technical experience, construction skills, and professional expertise to provide main stream and tributary fish habitat and stream channel restoration in the North and East Fork of the Lewis River.

To date, over the past 11 years, at least 26 projects have been done with a 90% success rate. The projects are still functioning, including those installed back in 1997. This document includes a listing of these projects separated into North Fork and East Fork tributaries, and includes projects in the planning stages or underway in 2009.

These projects and related changing stream conditions are monitored annually by trained FF and FOEF volunteers. In addition, Cedar Creek, a tributary of the North Fork Lewis River, is monitored with fish traps by the WA F/W. Some projects are survey by the WA Dept. of Ecology.

Funding for these projects has come from a wide range of sources (private, state, and federal) which include funds directly from FF and FOEF Membership Accounts, grants from Fish-America, US Fish and Wildlife, Co-op Projects with the US Forest Service, WA State Recreation and Conservation Office (RCO) grants formerly called SRFB via the Lower Columbia Fish Recover Board, a direct grant from the WA State Legislature, Clark County, Clark Conservation, Clark-Skamania Fly Fishers, and donations by individuals and companies.

Fish species targeted are Coho, Chinook, Chum, and Steelhead — all of which are listed as “Threatened and Endangered” in the Lewis River System under the federal Endangered Species (ESA) Act.

Work within stream project reaches varies from as short as 200 lineal ft. of critical habitat to over 5000 lineal ft of totally integrated stream treatment, and the installing of small bridges and multi-plate culverts up to 25 ft in diameter.

A more detailed description and photos are available for some of the projects on web pages www.fishfirst.org and www.eastforklewisriver.org. We do extensive documentation before, during, and after project implementation.

Fish First also conducts a wide range of other programs in addition to stream restoration. These include egg boxes, nutrient enhancement, fish rearing net pens, and public information and outreach.

Friends of The East Fork are advocates of “Good Land Stewardship” and work closely with Fish First and other organizations as well the news media, to provide up-to-date information to local landowners and the citizens of Clark County.

Completed Projects in The North and East Fork Lewis River

BEFORE: “With Death Trap” Pool 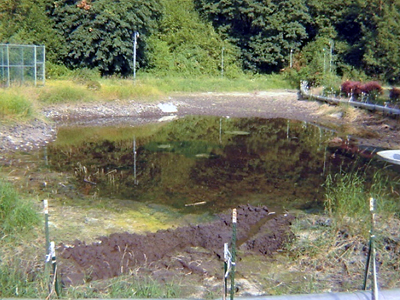 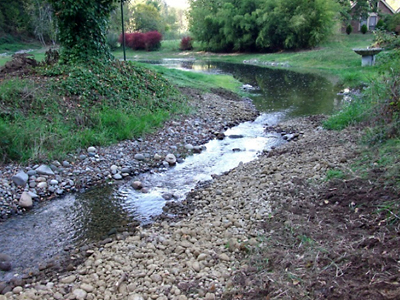 In co-operation with Fish First and Clark County in 2008, an old leaky pool in the middle of spring fed Manly Road Creek off 259 St and 72nd Ave. north of Dollars Corner was replaced with a new channel and a deep long narrow lined pond that would allow juvenile salmon and steelhead to rear and then migrate into the East Fork. Spawning beds were also installed in the new channel above and below the replaced (new) pond. Ameri-Corp assisted in planting trees and shrubs. As of May, 2009, over 2000 fry have emerged from the new project habitat. Tapani Underground provided a special habitat construction trained operator and equipment. 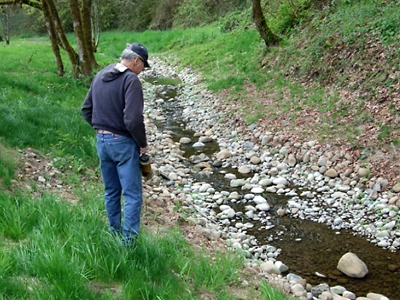 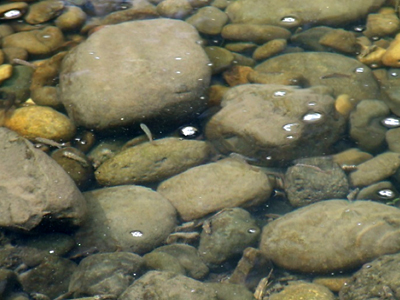 BEFORE: Old “Rusted Out” Culverts 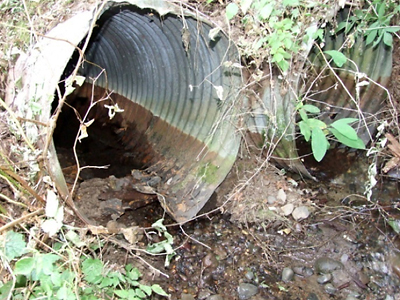 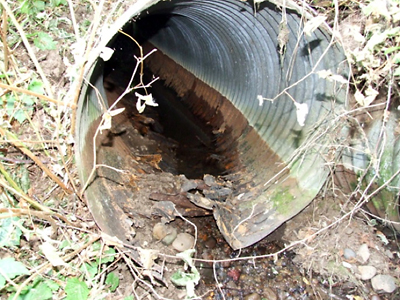 At the request of the Clark County Commissioners and with co-operation of the WA Fish and Wildlife, Fish First returned to the project site and cost-shared the installation of a new larger culvert to replace the two rusted out culverts. A special “Culvert Team” from Tapani Underground completed the work in one day. 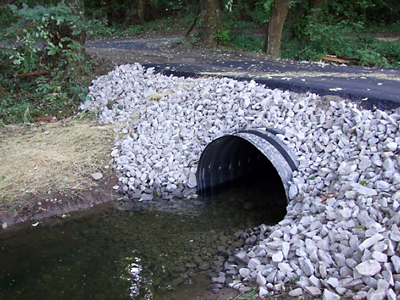 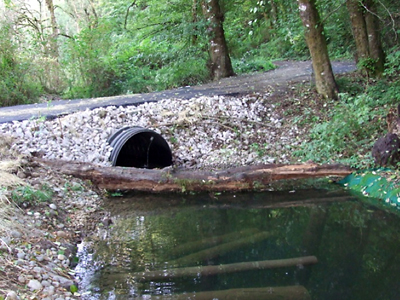 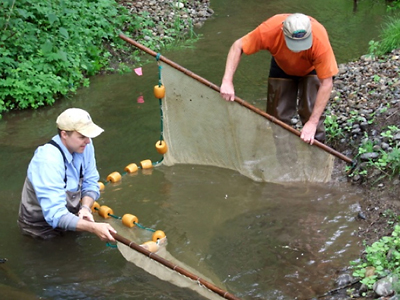 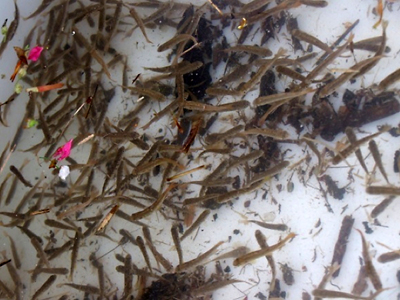 Project involved a series of special log gravel holding complexes above the abandoned concrete bridge where the Green Fork enters the upper East Fork and a series of gravel holding, pool creating rock Cross-vanes or Weirs below the abandoned bridge. Over 1,500 ft. of channel was improved. New steelhead redds (spawning beds) from recent spawning have been observed in 2008-2009 in both treatment reaches. 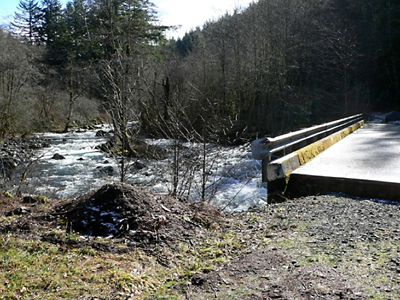 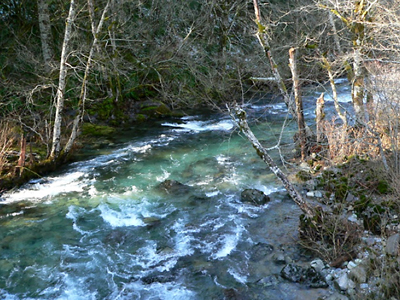 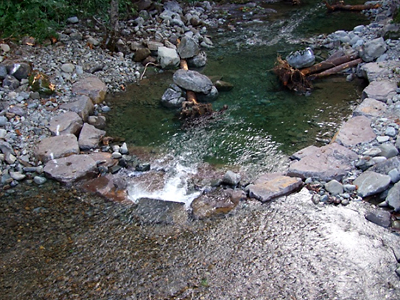 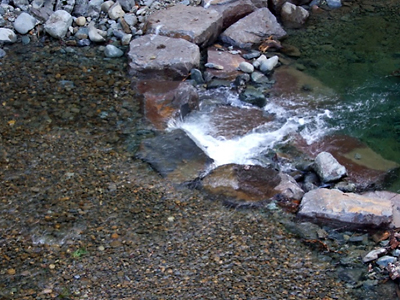