The East Fork Lewis River is a free-flowing stream in SW Washington near Vancouver. The East Fork begins up in the Gifford Pinchot National Forest and travels down through Clark County connecting with the main Lewis River near Woodland, Washington. The Lewis River is part of the Columbia River System and is home to steelhead, coho, chum, and chinook salmon.

The East Fork Lewis River, one of the last free-flowing rivers in SW Washington, is in serious trouble! Over the last 150 years the river has been stripped of it’s old growth timber, burnt over by the Yacolt fires, and severely degraded by gravel mining. It’s wild fish have been over harvested almost to extinction. Development crowds it’s banks and riparian areas. The East Fork’s wild salmon and steelhead suffer from high water temperatures, lack of cool ground water, recharged pools, and cover. It’s spawning redds have been destroyed by silt. NOW is the time to say ‘ENOUGH’! NOW is time for us to WORK TOGETHER TO BRING THE EAST FORK — BACK FROM BRINK! 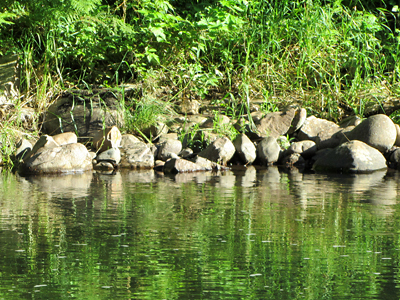