A “Stacked Log Complex” stream bank and fish habitat treatment was installed in 2010 on the north bank of the EAST FORK LEWIS RIVER as a component of the overall WA Fish and Wildlife and Bonneville Power, Swanson Chum Channel upgrade located about 3 miles above La Center, WA. Recent monitoring shows it is producing the results it was designed for. 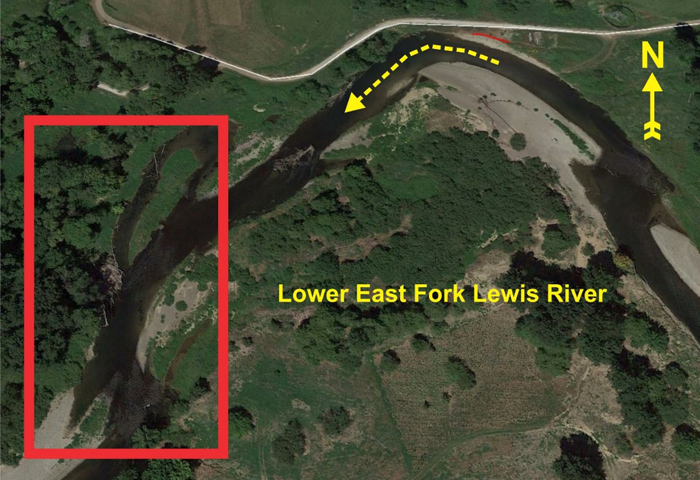 Previously, in 2007, flooding caused the riverbank at this bend of the river to severely erode and a group of large ash trees were washed away leaving a shallow streambed and bare streambank.

The structure design used, included a unique anchoring system, is one that has been used in the past to treat a specific type of problem where the river channel characteristics fit this kind of treatment. The almost immediate results were that the severely eroded bank was revegetated, the eroded overflow channel revegetated, and erosion on and sedimentation from that bend of the river was greatly reduced.

The Dean Swanson family, with collaboration from Friends of the East Fork and the local Healing Waters Veterans Group, have monitored and maintained the treatment as well as part of the overall Chum Channel project and program. Each year, the WA F&W puts between 90,000 to 130,000 chum fry into this special Chum Channel. 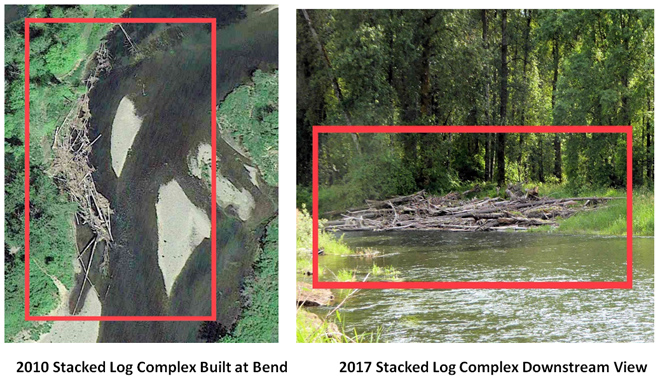 In May of this year, with the assistance of a guide and boat provided by the Salmon Creek Fly-fishers-Healing Waters Veterans Group, we floated the lower East Fork and took water depth measurements (using a survey rod and electronics) at key places in the river, including the channel at the Stacked Log Complex. The pool depth in the lower third and off the end of the log complex ranged from 4ft. to 7ft. The river water flow at that time was relatively low at about 460 cfs. (USGS Heission Gage).

In the video below, you will see quite a few small fish (salmon fry) and some larger fish that appear to be some kind of non-salmon (sucker or other species of non-game fish). 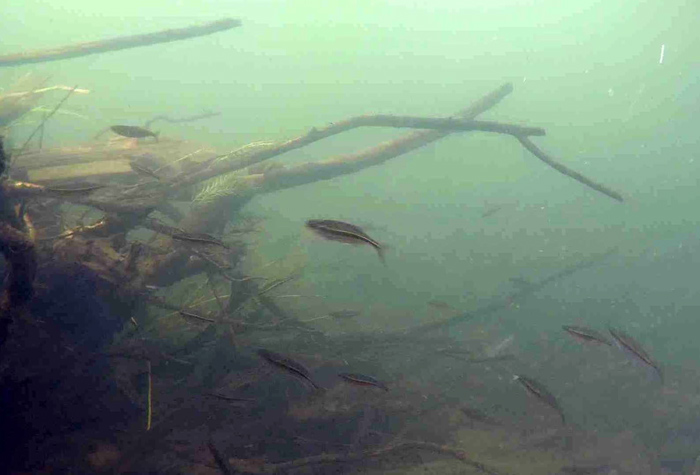 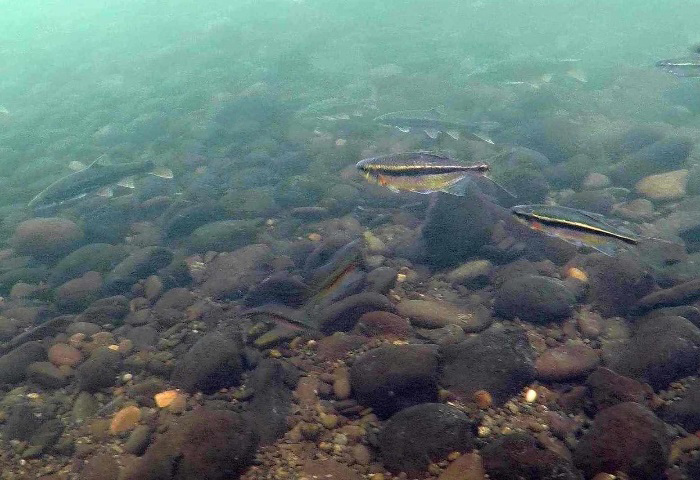 We also found salmon fry and juvenile fish using the pools at the new Phase-1 Swanson Powerline Bend river bank and fish habitat treatment structures, which was done in the summer of last year (2016). The intent is to install Phase-2 this summer in order to complete the fish habitat restoration and erosion protection at this upper bend of the river which is just above the Stacked Log Complex.